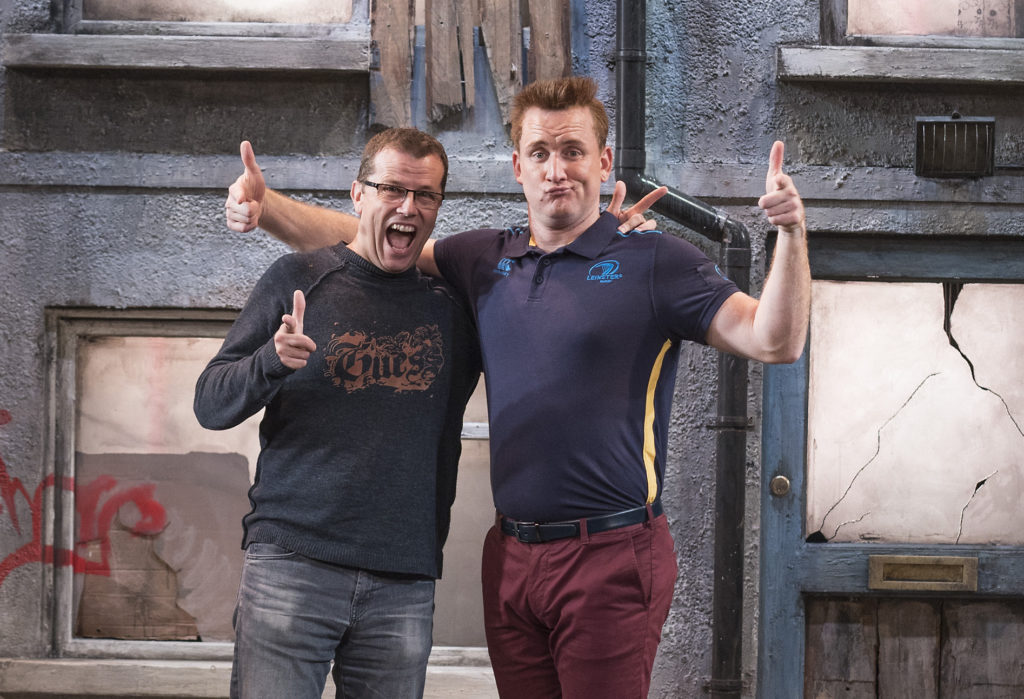 Everything you’ve ever wanted to ask the Rossmeister but were afraid to ask!

Join Irish Times journalist Roisin Ingle for some lively chats with Ross O’Carroll-Kelly creator Paul Howard and actor Rory Nolan following the performance of Postcards from the Ledge on Tuesday October 31 at the Gaiety Theatre.

Rory Nolan first breathed life into the stage character of Ross ten years ago. Paul Howard says that ‘the process of bringing Ross to the stage has been one of the greatest joys of my career as a writer’.

The show will end at approximately 9.30pm. Stay on after the show for 25 minutes of hilarious banter and insights as the two men behind Ross O’Carroll-Kelly finally share a stage together!